No invention has shaped our civilization more profoundly than the knife. Return with me, then, to the African savannah, two and a half million years ago B.C. . . .

A shaggy, ape-like creature shambles past one of the tribe's more cultivated members, who is holding a flint nodule in one hand, and a quartzite hammer stone in the other. With great care, he chooses his angle. Then he strikes the flint with precisely measured force, detaching a large flake with an edge of exquisite sharpness.

"Hah! Caught you knapping!" growled the knuckle-dragging brute in a pathetic stab at Australopithical wordplay. Little does he realize that his more erect and erudite cousin will soon relegate him to the fossil record by giving rise to the genus Homo.

Homo's creativity would give him the edge–not just in musical comedy and interior decoration, but in chopping, slicing, dicing, and of course, mincing. His discovery would make it possible for our species to subdue the most powerful beasts, conquer our enemies, clear virgin forests, build settlements, sew the seeds of agriculture, provide for the common defense, and eventually, to build wondrous cities with teeming markets.

One of the earliest of these was Kilroy's Wonder Market in Glen Rock, New Jersey, the Town that Time Forgot. Kilroy's meat department manager was my dear friend and neighbor, Jacques Berr. Jacque, a French-trained master butcher, gave me my first professional knife–the very Dexter Russell Sani-Safe I'm holding in the picture–that followed him home from work.

Jacques' butcher knife dates from the first generation of Massachusetts-made Dexter-Russells equipped with the widely-copied white molded handle. The massive blade, twelve terrifying inches of shaving sharp, high-carbon stainless steel, gives it the awful cutting power to slice through six-hundred pounds of hide, muscle and cartilage, to transform a cow into a display case full of attractive retail cuts. Perhaps it's no coincidence that Showtime named its cable hit "Dexter." 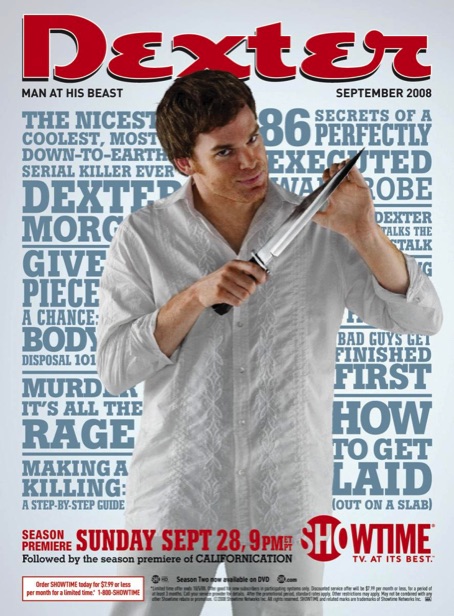 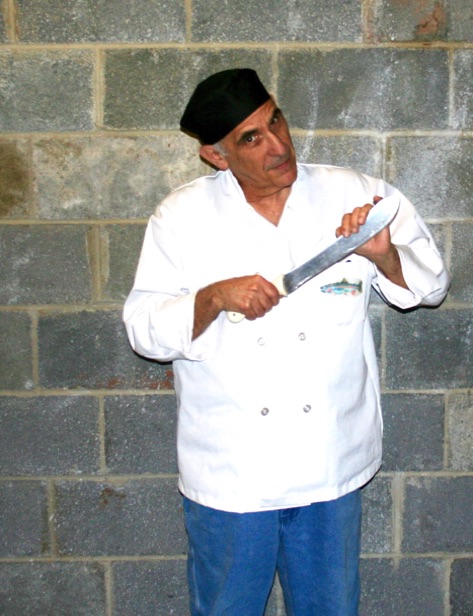