“Indeed, stock is everything in cooking. Without it, nothing can be done. . . . The workman mindful of success, therefore, will naturally direct his attention to the faultless preparation of his stock, and in order to achieve this result, he will find it necessary not merely to make use of the freshest and finest goods, but also to exercise the most scrupulous care in their preparation, for, in cooking, care is half the battle.”

In 1913, after an unforgettable lunch and dinner for one hundred forty-six German dignitaries aboard the ocean liner SS Imperator, Kaiser Wilhelm II demanded to meet the head chef. When introduced at breakfast the next morning, Wilhelm imperiously proclaimed “I am the emperor of Germany, but you are the emperor of chefs!”

That morning, the Kaiser was on a roll, and the title stuck. From that time forward, George-Auguste Escoffier would be hailed as the King of Chefs, and Chef of Kings.

Born in 1846 in Villeneuve-Loubet, a village in the south of France, Escoffier would become history’s first and greatest celebrity chef. He died in Monte Carlo at eighty-nine, two weeks after his wife Delphine, whose hand he’d won playing billiards with her father fifty-seven years before!

Escoffier elevated cooking from a lowly occupation to a respected profession. He radically reshaped the grande cuisine of France, replacing ostentation, vulgarity and waste with simple perfection, and impeccable taste.

Leaving school at thirteen, the future King of Chefs began his ascent to the throne as a humble apprentice in his uncle’s restaurant. Appalled by the dirty, disorganized and dangerous conditions he found there, he would one day revolutionize restaurant kitchens all over the world with his brigade de cuisine, a highly structured system where each employee, from head chef to dishwasher, has a clearly defined rank and responsibility.

Those privileged to work under him called him Papa. He returned their devotion by becoming an early and indefatigable advocate for improved working conditions, retirement pensions, widows’ benefits, and medical care for all kitchen workers.

Conscripted into the army during the Franco-Prussian War, Escoffier would model his brigade de cuisine on systems he observed while cooking in military field kitchens. During this period, he made important improvements in canning technology, and experimented with dehydrated soup stock.

If Papa could return to us today, he would instantly recognize the exquisite taste and aroma of Seabags fish stock–after all, it’s based on his own recipe, published in 1921. Though he continued to write and lecture, 1921 also marked the year of his retirement as a working chef.

From apprentice to King of Chefs, he spent an astonishing sixty-two years in the kitchen. His epic 1903 cookbook – Le Guide Culinaire – continues to serve as the preferred textbook in the world’s finest cooking schools.  One hundred seventy-two years after his birth, he continues to inform and inspire all who love food, professional and amateur alike. 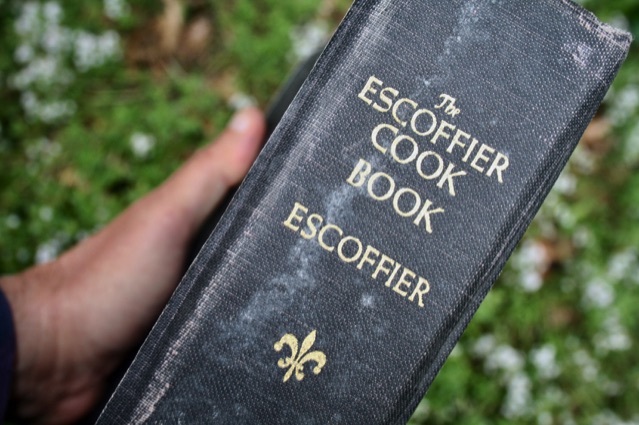